Last week I was invited to the press night for Madagascar the Musical at The New Wimbledon Theatre. I was really looking forward to watching the DreamWorks animation transition from screen to stage and it didn’t disappoint. For anyone unsure of the plot, the show follows four animals from Central Park Zoo, Alex the Lion (Matt Terry), Marty the Zebra (Antoine Murray-Straughan) Melman the Giraffe (Jamie Lee-Morgan) and Gloria the Hippo (Timmika Ramsay) as they find themselves abruptly on the large African Island of Madagascar. The story is easy to follow and all of the cast completely stunned me with their voices. Jo Parsons as King Julian was hilarious as were the lovable penguins! 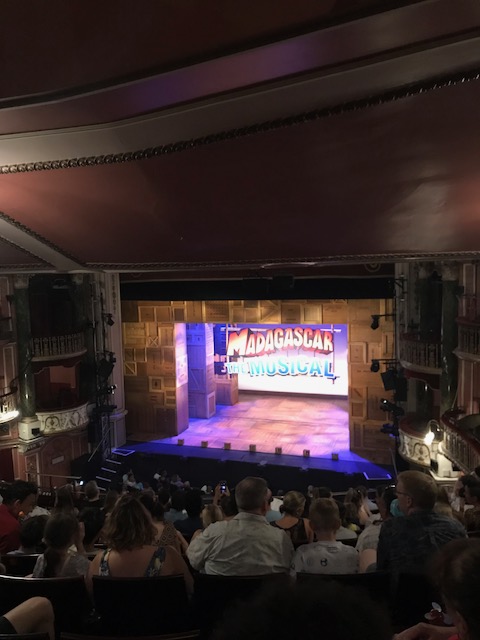 The show started too late for me to take my son Austin, he is only two and half but the theatre was full of excited kids who were completely enchanted with all the animated singing and dancing, especially when the animals started flossing! The cast dancing to I Like to Move It Move it had the whole crowd dancing and was a real highlight. This show isn’t just for kids though, I took my sister-in-law and we both thoroughly enjoyed this colourful and entertaining show, especially a couple of the more risqué jokes that left the older members of the audience smirking. Although a wonderful family affair the show offers some fantastic entertainment for adults too. The costumes are hilarious, the staging simple but effective and you feel completely immersed within the performance. You really do love all the characters, Matt Terry leading the cast with his amazing voice and dancing. All four characters giving a spectacular performance. 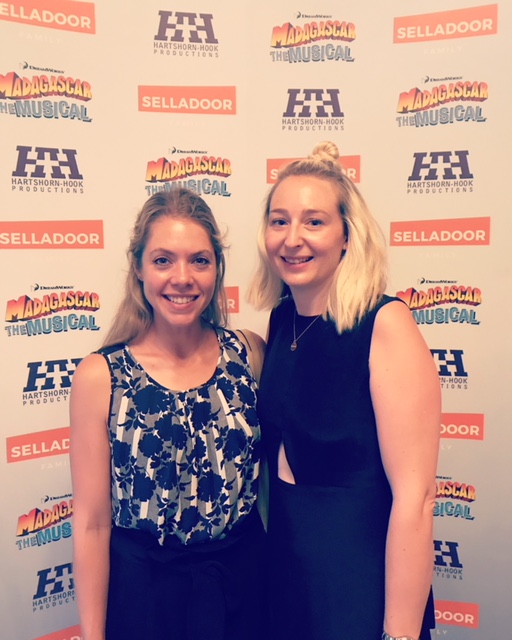 The New Wimbledon Theatre is a beautiful building and the venue is extremely  accessible, just under a 10 minute walk from Wimbledon Tube station. This 108 year-old theatre in SW London consists of a beautiful Edwardian auditorium, just be aware if visiting on a hot day it is very warm inside and we did struggle a little with the heat. It certainly didn’t perturb any of the kids participating that’s for sure. There are also many places to eat and drink outside of the theatre before or after, a perfect setting for an afternoon/evening out. A fab terrace bar within the theatre also offers great ambience looking over the bustling sounds of Wimbledon.

Watching this musical has really made me excited to take Austin to the theatre, especially after seeing how engaged the kids were during this performance. It’s a wonderful reminder how musicals can take you into a different world and this show succeeded in that! If you love the movie, the musical won’t dissapoint.